Bike ride to Pradhanpat Waterfalls in Deogarh district was planned long back and finally on this Sunday we did bike to this place. There are two roads to go to Deogarh..one via Barkot (about 130 kms) and another through Kuchinda (about 150 kms). But we did choose the later as road through Barkot is almost non existant...courtesy Mining Dumpers....After having a good breakfast at Badgaon which is about 45 kms from Kansbahal. There was a small chowk called Gariamal on SH 10 from where we took left turn to Kuchinda.Passing through some of the dense forests and small ghats that I have seen in recent times we reached Bamra and then Kuchinda.Here we met the NH 200 and moved towards Deogarh at a brisk pace. Another waterfall...Pradhanpat under my belt

First view of waterfall was enough to make us say "its worth biking 165 kms to see this waterfall".Falling from a height of almost 100 feet it actually sprayed water to near by onlookers.This place is sorrounded by hills on all side and place was really dark. One good thing that we found at Pradhanpat was that district tourist officials have really taken care about the place and made all kind of arrangements like cement benches and small bridges etc.Good to see that some people are working hard in keeping the place up to the mark. As anna was feeling hungry,we had to leave little bit early and drove back on NH 6 looking for a good dhaba( 18 kms on NH6 and then 40 odd kms on NH 200).If you plan by any means to drive down to Pradhanpat then make it a point to have lunch at Kuchinda.There was not a single dhaba on the whole 50 km stretch from Deogarh to Kuchinda where you can get good food.Feeling hungry,we drove the bikes at full throttle towards Kuchinda. Driving on SH 31 from Bamra to Kuchinda was a pleasure 13 kms from Kuchinda we stopped for a minute to have a look at the local weekly "haat"(market) at Bhojpur where all kind of things starting from Onions to Cattle was being sold.

After having lunch at Kuchinda we drove towards another waterfall Gudguda which has been covered in another section of this blog....
Posted by Satyesh Naik at 11:41 PM 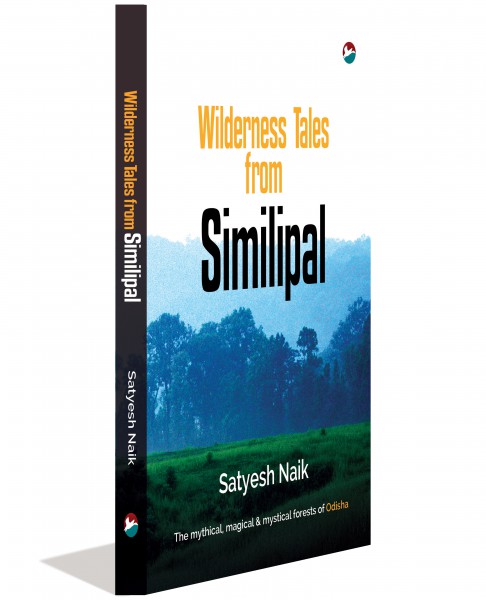 Other Publications by Author

Satyesh Naik
I love the colour of Khaki, the dust of forest roads, the Sal laden forests and have a strong feeling that our last wilderness will remain intact & will stand tall despite all the odds. Staying in Ahmedabad , I day dream of the Jungles of Odisha. At the slightest opportunity given I try to escape into those unheard and unwritten Forests.

Write to me at

Travel Tales in Orissa by Satyesh Naik is licensed under a Creative Commons Attribution-NonCommercial-NoDerivs 2.5 India License.

My Journeys into the Wilderness of Odisha